Hertz Global Holdings Inc., which is only four months out of bankruptcy, has placed an order for 100,000 Tesla as part of an ambitious strategy to electrify its rental vehicle fleet. According to a statement from the rental business, Inc.’s Model 3 sedans will be available to rent at Hertz outlets in major U.S. cities and portions of Europe beginning in early November.

Customers will be able to use Tesla supercharger network, as well as Hertz’s own charging infrastructure. According to sources familiar with the subject who declined to be identified because the information is confidential, it’s the single-largest purchase ever for electric vehicles, or EVs, and represents nearly $4.2 billion in income for Tesla. 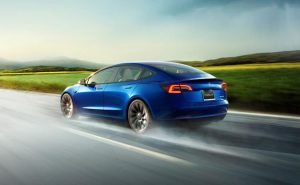 Unlike automobile rental businesses, which generally seek steep discounts from automakers, Hertz appears to be paying close to list pricing due to the scale of the order. “How do we make electric vehicles more accessible to the general public?” In an interview, Mark Fields, who joined Hertz as interim CEO earlier this month, said, “That’s a really essential component of our strategy.” “Tesla is the only company that can mass-produce electric vehicles.”

The electrification plan is Hertz’s first major push since emerging from bankruptcy in June, and it will eventually include virtually all of the company‘s half-million cars and trucks globally. It also shows that Hertz’s new owners, Knighthead Capital Management and Certares Management, are serious about shaking up an industry dominated by a few huge firms that are notorious for being sluggish to adapt.