Ford is recalling more than 330,000 select 2015-2017 model year Mustang vehicles due to blank or distorted rearview camera images caused by loose or damaged wiring. The defect is the result of a “damaged decklid harness and/or an insufficiently soldered header connector internal to the camera,” which can lead to a loss of electrical conductivity. 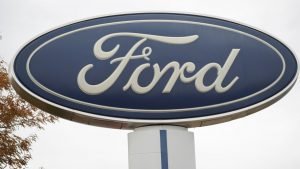 The automaker warned a rearview camera that intermittently displays a blank or distorted image can reduce the driver’s view of what is behind the vehicle, increasing the risk of a crash. Ford is aware of two reports of minor crashes but no reports of injury related to this condition.

In order to remedy the situation, dealers will inspect and repair the vehicles‘ decklid wiring harness and replace the rearview camera, as necessary, free of charge. Owner notification letters outlining the safety risk are expected to be mailed on March 7. A second letter will be sent once the remedy is available.