A Los Vegas-based flight attendant died following a month-long battle with COVID-19, despite being fully Vaccination. KDFW reported that Maurice Reginald Shepperson, 36, died early on Tuesday after having tested positive for the virus in early July.

Dawn Shepperson-Bernard, Reggie Shepperson’s mother, told the Las Vegas Review-Journal that this shows that life can change quickly. She also added that the time taken to build life and life goes away quickly. No matter how hard you worked, so hard, it can just basically be left in ruins, your family left in ruins. Shepperson-Bernard confirmed to USA Today that her son had been fully Vaccination against COVID-19. The U.S. Centers for Disease Control and Prevention considers a person fully Vaccination 14 days after they have received their final dose of an FDA-authorized Vaccination. 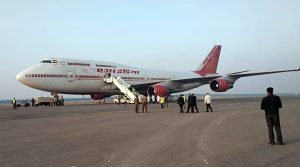 Marcia Hildreth, a close friend, and coworker of Shepperson, said that he maintained all precautions to prevent contracting COVID-19, including wearing a mask, washing his hands frequently, sanitizing surfaces, and wiping down every hotel room he stayed in.Southwest Airlines issued the following statement that they are heartbroken over the loss. The Southwest Family is supporting each other and the family of the Employees during this difficult time. Out of respect for Reggie’s family, they do not have additional details to share.