Facebook is taking an innovation towards its first-ever smartwatch, which the company has not yet established openly. Still, at present, plans are being made to make an introduction next summer. The device will feature a display with two cameras that can be disconnected from the wrist for clicking pictures and taking videos shared across Facebook set of apps, like Instagram.

A camera displayed on the front of the watch exists mainly for video calling, while a 1080p, auto-focus camera on the back of the eye can be used for catching footage when disconnected from the stainless-steel frame of the watch on the wrist. 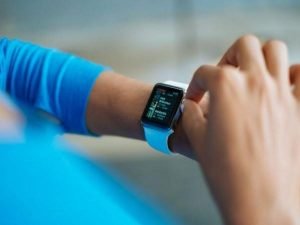 Facebook is tapping other companies to create such accessories to attach the camera hub to other things like backpacks and purses, according to two people being acquainted with the project, both of whom have requested obscurity to speak without asking the consent of Facebook.The idea here is to cheer the watch owners to use it in ways that smartphones are used in this day and age.

It is a step taken by Facebook CEO Mark Zuckerberg’s plan to build up more consumer devices that avoid Apple and Google services. These two central mobile phone platform creators are largely controlling Facebook capacity to reach out to people.Facebook objects to release the first version of this watch in the summer of 2022 and is already working on the second and third generations of the same for subsequent years.