The recently enacted Inflation Reduction Act will have significant consequences for purchasers of electric vehicles. While some qualified cars this month won’t be for the foreseeable future, certain well-known electric vehicles may again be ready for a Tax Credits. Until their automaker reached a maximum of 200,000 available Tax Credits, the previous credit offered $7,500 to buyers of new electric vehicles. A lower credit was given to plug-in hybrid customers.

The new credit created by the Inflation Reduction Act instantly replaces the old one and eliminates the $200,000 cap. Still, it also introduces additional limitations on supply chains, assembly, and battery use that will be phased in over time. The partial credit for plug-in hybrid vehicles will still be available. Under the new law, which fully goes into effect on January 1, 2023, several strict requirements exist for electric vehicles to earn the Tax Credits. 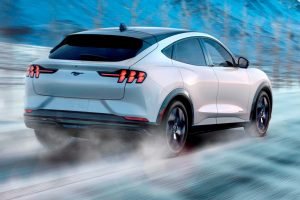 Vehicles have to be put together in North America. Most of their battery minerals and component production must occur in North America. By 2023, a vehicle will be considered compliant if 40% of the crucial minerals needed to make its battery are harvested or processed in the US or in a nation with a free trade agreement. By 2027, 80% of battery minerals will fall within that category. In accordance with the requirement, 50% of battery components must be produced or assembled in North America beginning in 2023 and 60% in 2024 and 2025.