E-Commerce Giant Amazon Inc denies the media report saying that it is looking to accept bitcoin payments by the end of the year. Bitcoin increased to a six-week high of nearly $39,043, while ethereum reached $2,363. Dogecoin was the last trading at about 22 cents per coin, giving it a $28.8 billion market cap.As of Monday afternoon, both bitcoin and dogecoin had soared more than 14% over the past 24 hours, according to Coinbase.

Ethereum went up nearly 12% over that period. E-Commerce Giant Amazon Inc listed a job opening for a digital currency and blockchain product lead, sending cryptocurrencies soaring Monday.In Amazon’s listing, which was posted on Thursday, the company says it is looking for someone with a deep understanding of the cryptocurrency ecosystem and related technologies. 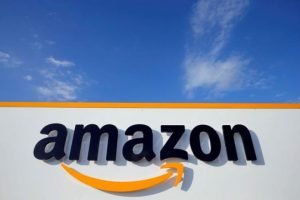 The role would be part of Amazon’s payment acceptance and experience team, according to the job description, maybe indicating that the E-Commerce Giant could accept cryptocurrencies as payment shortly.A spokesperson said that they are inspired by the innovation happening in the cryptocurrency space and are exploring what this could look like on Amazon.

They believe that the future will be built on new technologies that enable modern, fast, and inexpensive payments. They also hope to bring that future to Amazon customers as soon as possible.Tesla founder and CEO Elon Musk’s tweets have incited whiplash in the crypto space. The company’s initial $1.5 billion investment in bitcoin helped legitimize cryptocurrencies as an investment. Musk recently said he’s invested in bitcoin and wants to see it succeed.