A Doylestown, Pennsylvania based biotechnology firm is showing encouraging efforts to fight risk of viral pathogens. The Biotechnology company named Evrys Bio has secured a contract worth $34.3 million from the United States Department of Defense. The contract will encourage the development of a drug that is capable of encountering multiple high-risk viral agents.

Evrys Bio has complied to the five-year agreement extending its drug development efforts. The establishment operates outside Pennsylvania Biotechnology Center locate din Doylestown. Evrys Bio initiated its research and drug development journey in 2012 spearheaded by Lillang Chiang accompanied by Thomas E. Shenk. Lillang currently serves as the company CEO whereas Shenk is a life sciences professor at Princeton University. The main objective of the company is to develop next-gen state-of-the-art antiviral drugs with the help of the funding. 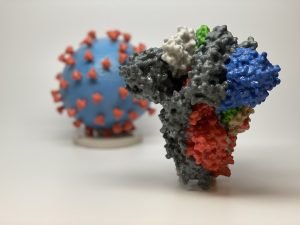 The development procedure will be primarily driven by the discovery made by the researchers at Princeton. This research suggested that specific human proteins known as sirtuins protect the hosts from being invaded by foreign pathogens.According to Chiang, Evrys has collaborated its efforts with the federal government to study lethal viral infections. The company will be able to extend its new drug candidate pipeline targeting the specific nature of the project.

The company’s pipeline consists of the new developing candidates focused on treatment of pan-respiratory, pan-hepatic, and pan0opportunistic viral infections. As a part of the research initiative, the effort is to develop a medicine that enhances survival rate once exposed to single or multiple viruses across alphaviruses, arenaviruses, and filoviruses.