DirecTV plans to drop One America News Network, significantly shrinking the reach of the right-wing TV channel friendly to Donald Trump. It is criticized for circulating misinformation including the former president’s false claim that he won the 2020 election.

The satellite television provider said Saturday that it has informed OAN’s owner, Herring Networks. Inc., that it will no longer carry its two channels when their contract expires. The other, AWA, is a lifestyle channel. The decision is believed to remove OAN from millions of homes. DirecTV spokesman said that they informed Herring Networks that, following a routine internal review, we do not plan to enter into a new contract when our current agreement expires. The spokesman would not say when the contract expires, but Bloomberg News, which first reported development on Friday, said it expires in early April. 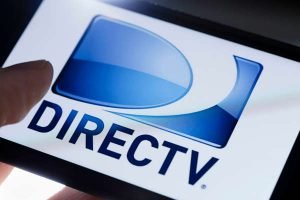 DirecTV is OAN’s largest distributor. On its website, Herring says OAN is carried by Verizon FiOS and several smaller TV providers. It can also be streamed online. Major cable companies including Comcast and Charter do not carry OAN.AT&T has a 70% stake in DirecTV , which has carried OAN since April 2017 after AT&T settled a lawsuit demanding it carry the channels. San Diego-based Herring Networks had claimed AT&T reneged on an agreement to carry OAN on DirecTV , which it acquired in 2015.

OAN became a darling of Trump during his presidency and has continued to report his claim that the 2020 presidential election was rigged against him – a claim directly contradicted by the facts and exhaustive reporting. It has carried Trump live in post-presidency appearances, its reporters declining to challenge his contrafactual claims.