Delta Variant has no Match against One Vaccine Dose Delta Variant has no Match against One Vaccine Dose

Although immunizations are effective against the Delta Variant, the extent of protection provided appears to depend on whether or not you have completed your vaccination course. According to a study published in the journal Nature on Thursday, a single dosage of Pfizer’s or AstraZeneca’s vaccinations – both of which require two shots – was either wholly or weakly ineffective against Delta.

Blood samples from persons who had gotten one of those shots were used in laboratory experiments by the researchers. Only 10% of those samples generated antibodies that neutralized the Delta Variant after a single injection, indicating that they would be protected from symptomatic infection.The researchers concluded that the Delta variation “partially but significantly evades” immune vaccination protection. While the results of laboratory tests like this don’t often apply to the real world, other studies have found that Delta is resistant to vaccine protection after just one shot. 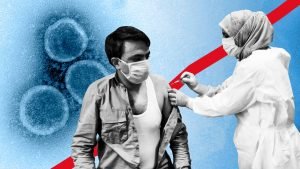