The CDC said Monday the agency is investigating potential virus outbreaks on 68 cruise Ships. The news comes shortly after a handful of U.S. cruise have reported outbreaks of the virus, resulting in them being denied entry into foreign ports.

At least four Ships were turned away from foreign ports after COVID-19 cases were detected onboard. Holland America’s Line, the MS Koningsdam was turned away from Puerto Vallarta after 21 crew members tested positive for the virus. 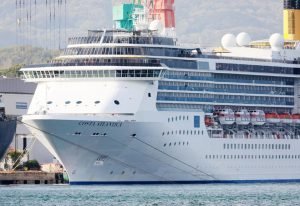 Officials in the Mexican state of Jalisco, where Puerto Vallarta is located, were initially going to allow passengers who tested negative for the virus to disembark, but changed their minds citing exponential growth of confirmed cases in the crew.

The Ships launched from San Diego on Dec. 19 with more than 1,000 passengers and 870 crew members and stopped in Cabo San Lucas and Mazatlán before arriving in Puerto Vallarta.Royal Caribbean revealed that 55 vaccinated crew members and passengers on its the Odyssey of the Seas tested positive for the virus, and 48 passengers and crew members tested positive on a second, the Symphony of the Seas, the week prior.Cruise Ships sailing was paused due to the pandemic but resumed in June. During the first four months of the industry’s return, more than 1,300 cases of COVID-19 were found on cruise Ships