Costco also added that current U.S. employees making less than these rates will be moved up to these rates on their scales, and their goal hours will be reset.CEO Craig Jelinek said that these increases are part of continuing efforts to ensure our hourly wages remain extremely competitive in the retail industry. 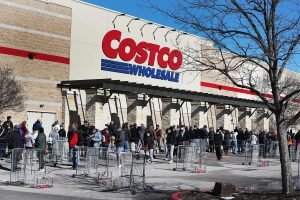 The company will remain proud to be able to pay employees well and provide excellent benefits. As in the past,they will review hourly wage scales in connection with the upcoming Employee Agreement. Costco raised its minimum wage to $16 in February of this year.  Jelinek said during a Senate Budget Committee that it is important to us that Costco employees have opportunities to make more than just $15 or $16 an hour.

Costco employees receive regular increases for hours worked.Walmart raised its minimum wage from $11 to $12 last month. CVS and Walgreens said in August they would increase starting pay to $15 an hour, the news network reported.