Coinbase has planned to block 25,000 cryptocurrency addresses linked to Russian people or entities, defending itself against claims that Russia could evade sanctions with crypto. In a blog post, chief legal officer Paul Grewal outlined how the financial exchange is complying with new rules imposed amid the ongoing invasion of Ukraine.

The posts also include using “sophisticated blockchain analytics” to identify accounts indirectly linked to banned users. Coinbase indicated that the 25,000 blocked accounts were related to Russian individuals or entities we believe to be engaging in illicit activity. It didn’t specify when they’d been blocked or how many of the restrictions were related to current sanctions. For instance, Coinbase cited a 2020 sanction against a Russian national 1,200 with potentially linked accounts. 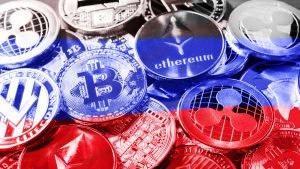 They have pointed to Ukraine’s extensive crypto fundraising operations, which had raised approximately $54 million as of late last week. Russia is increasingly isolated from the more extensive non-crypto financial system. Among other things, Visa and Mastercard suspended operations in the country over the weekend, leaving cardholders inside Russia dependent on Russia’s National Payment Card System.