CNN has Decided to Shut Down the Subscription Service CNN has Decided to Shut Down the Subscription Service

Warner bros Discovery has decided to shut down the CNN+ after one month of launch. The new subscription has not received the expected reach so the company has decided to pull the plug. The company is also working on giving refunds to those who have already made payment.

Chris Licht, the chairman and the CEO of CNN said that this decision is not about the quality of the streaming service but they also appreciate the work of all the employees whose ambition and creativity went into the building. CNN+ is an organization with terrific talent and compelling programming. They will not work towards offering better quality to customers and they will be given better service in simpler streaming choices. 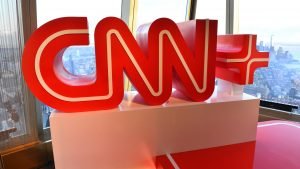 CNN also announced that this subscription service head Andrew Morse is leaving Warner Bros. Discovery after the transition period. Alex MacCallum is the general manager of the new subscription service and also the head of the product. He will lead Digital after Morse leaves. WarnerMedia launched this new service a month ago. It has attracted only 10,000 active viewers in two weeks after its launch. The company also asked the customers not to work and they will receive their refunds on subscription fees.New head has been working with the other executive at Warner Bros Discovery for many weeks to analyse a new streaming strategy for CNN.

This decision to shut down the new service is based on his recommendation. Warner Bros. Discovery has not revealed their new plans. Their main goal is to combine HBO Max and Discovery+ with other programming from WarnerMedia.This decision has agitated many employees who have been contributing day and night for the new service. CNN+ has more than 600 employees working on shows and many will receive severance notice. They will also be given a chance to apply for other roles within.