Chinese Regulator Talks to avoid US Delistings of Chinese Firms Chinese Regulator Talks to avoid US Delistings of Chinese Firms

The Public Company Accounting Oversight Board and U.S. policymakers have long complained of a lack of access to audit working papers for the U.S.-listed Chinese companies. They also stated that the national security concerns and  authorities have been hesitant to permit overseas regulators to inspect working papers from local accounting firms. 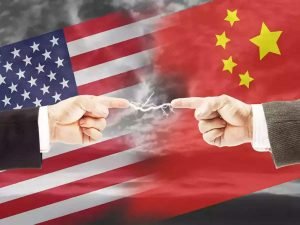 Shen Bing, director-general of the China Securities Regulatory Commission’s department of international affairs, said that they don’t think that delisting of Chinese firms from the US market is a good thing either for the companies, for global investors, or Chinese-US relations.

In December 2020, during the final weeks of his administration, President Donald Trump signed a law to remove foreign companies from U.S. exchanges if they failed to comply with American auditing standards for three years in a row. The PCAOB implemented the legislation in September. A map on the organization’s website showed China as the only jurisdiction that denied the PCAOB necessary access to conduct oversight.Shen bing also added that they are working hard to resolve the auditing issue with U.S. counterparts. The communication is currently smooth and open. There is a risk of delisting of these companies but we are working very hard to prevent it from happening.