China’s Central Bank cut a benchmark lending rate on Monday for the first time since April 2020, during the height of the coronavirus pandemic in the country. The People’s Bank of China lowered the one-year loan prime rate to 3.8%, down from 3.85%. The five-year loan prime rate remained unchanged from the prior month at 4.65%.

The last time the Central Bank cut the one-year, and five-year LPR was in April 2020, according to data from Wind Information. The LPR affects lending rates for corporate and household loans. Last week, the Central Bank cut to the number of cash banks needed to have on reserve took effect, marking the second such move this year. 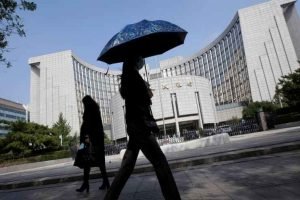 China was the first major economy to shake off the bulk of the pandemic’s shock. But this year, especially since July, growth has been dragged down by muted consumer spending, Beijing’s zero-tolerance policy for controlling subsequent outbreaks, and tighter regulations, particularly on the real estate sector.

At the Chinese government’s annual Central Economic Work Conference earlier this month, the country’s top leaders emphasized that stability would be a greater focus next year. The meeting concluded that prudent monetary policies should be flexible and appropriate, and liquidity should be maintained at a reasonable and ample level.