A Dinosaur the size of a chicken is the oldest of its kind to be found in the United Kingdom. The newly identified is found in a Welsh quarry. The study was published Tuesday in the journal Royal Society Open Science.

The newly identified Dinosaur species is a theropod which is a group that includes Tyrannosaurus rex and modern birds. It is about 3.28 feet long including its tail it would have lived about 200 to 215 million years ago, at the dawn of evolution. Stephan Spiekman, a research fellow at the Natural History Museum in London and lead author of a new study said that Pendraig milnerae lived near the beginning of the evolution of the meat-eating Dinosaur. 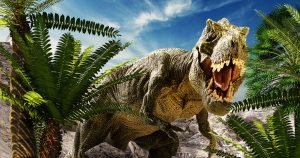 It is clear from the bones that they have a meat-eater. In the evolution of this group, these animals were quite small, in contrast to the very famous meat-eating Dinosaur like Tyrannosaurus rex which evolved much later. The name Pendraig means chief dragon in Middle Welsh. It is a reference to the likely role as an apex predator of the area and its discovery in Wales. The second name Milnerae it is in the honor of Angela Milner, a palaeontologist at the Natural History Museum who passed away on August 13.

The Natural History Museum noted in a news release that Milner was instrumental in relocating the fossil, which was originally studied in the 1980s and wrongly classified as a different Dinosaur.