Bed Bath & Beyond’s has been drawn into meme-stock rallies in the past. Last year, retail investors poured into names, including GameStop and AMC Entertainment, sending these stocks on turbulent rides throughout the year.As retail investors scooped up these stocks, short-sellers were forced to dive in to cover their losses, driving the stock price even higher. This was likely a factor in Thursday’s stock move, as Bed Bath & Beyond’s shares rose despite discouraging guidance. 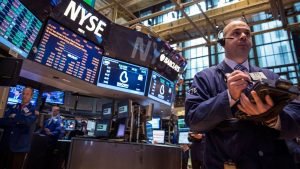 Short sellers, which can include hedge funds, borrow a company’s shares in the hopes of repurchasing it at a lower price later and pocketing the difference. Bed Bath & Beyond’s stock was trading in heavy volume, too. Before the market opened, more than 4.3 million shares had changed hands.Over the past 10-days, the average daily volume for Bed Bath shares has been 5.5 million. Bed Bath & Beyond’s is also among the most heavily shorted stocks in the country, with 22% of its shares available for trading sold short.