Bed Bath & Beyond to close 150 Stores Bed Bath & Beyond to close 150 Stores

Bed Bath & Beyond announced Wednesday that it would close locations and fire staff to turn around its struggling company. The Union, New Jersey-based home products firm announced it would liquidate around 150 of its namesake locations and 20% of its workers. According to their estimation, the corporation would save $250 million due to the changes.

The company also stated that it had secured more than $500 million in additional financing and was considering selling more of its stock to strengthen its finances. But despite considering selling the buy Baby chain earlier this year, it decided to maintain it. The share price of Bed Bath & Beyond dropped by almost 21% on Wednesday and is down 65% over the past 12 months. The company, suffering from a protracted sales decline, also declared that it would return to its original strategy of concentrating on national brands rather than promoting its store labels. 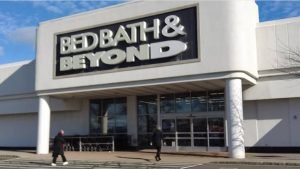 This is against the new method used by the CEO, Mark Tritton, who was fired in June after serving for less than three years. According to the statement, one-third of its retail brands will be eliminated, which had just recently begun to be introduced. The shop chain had 955 locations as of May, comprising 769 Bed Bath & Beyond locations, 135 buy buy Baby locations, and 51 stores branded as Harmon, Harmon Face Values, or Face Values. It employed approximately 32,000 people as of February.

As we enter the crucial holiday shopping season, time is essential for the business. It stated that its most recent fiscal quarter, which concluded on Saturday, anticipates a 26% drop in comparable sales. In the quarter, it spent $325 million in cash. According to Singhal, the store aims to regain its reputation as a place where customers can find cutting-edge products. For instance, she cited Bed Bath & Beyond as being the first retailer to offer its customers products like the air fryer and the single-serve coffee machine.