The Abbott Laboratories factory in Michigan plant, which was at the heart of the nation’s infant formula problem, has once again shut down production. After strong storms in southern Michigan flooded parts of its Sturgis, Michigan factory, production of its EleCare speciality formula was halted.

This is the same factory that, in February, led Abbott to withdraw several of its products owing to contamination concerns. The industry-wide infant formula shortfall was compounded by the shutdown of the Sturgis factory, the biggest in the United States and the source of prominent brands like Similac. Parents and carers have been scurrying for months as shelves have gotten more bare. Meanwhile, shops were obliged to impose purchase restrictions on the goods in an attempt to reduce stockpiles. 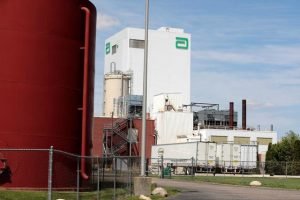 The event would likely cause a few weeks’ delay in manufacture and delivery of the infant formula, according to the business, which has contacted the US Food and Drug Administration. According to a statement, “Abbott has sufficient existing supply of EleCare and most of its specialised and metabolic formulae to cover requirements for these medicines until new product is available.”

Dr. Robert Califf, Commissioner of the US Food and Drug Administration, replied to the matter on Twitter on Wednesday night, stating, “The weather-related incident at Abbott’s Sturgis, Mich. plant was brought to our attention today. Tonight, I personally met with the CEO, and we discussed our mutual goal to get the plant back up and operating as soon as possible.” Califf went on to describe the situation as a “unfortunate setback,” but promised consumers that “all-government cooperation to enhance supply means we’ll have more than enough goods to fulfil current demand.”