Authentic Brands Group will shelve a planned initial public offering and instead sell significant equity stakes in its business to CVC Capital, hedge fund HPS Investment Partners, and a pool of existing stakeholders. The deal, which was announced Monday, gives the company a $12.7 billion enterprise value.

Authentic Brands Group portfolio companies include apparel retailers Forever 21 and Aeropostale, department store chain Barneys New York, men’s suit maker Brooks Brothers, and Sports Illustrated magazine. Early next year, its deal to buy sneaker maker Reebok is expected to close, adding another brand to its holdings.The company had filed for an IPO in early July. But Authentic Brands Chief Executive Jamie Salter said it will now target an IPO date in 2023 or 2024. He said he has signed on to be CEO for five more years. 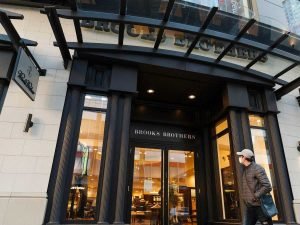 A wave of retail companies entered the public market in recent months, from eyeglasses maker Warby Parker and fashion rental platform Rent the Runway to eco-friendly shoe brand Allbirds and e-commerce fashion site Lulu’s. Investors have favored names that have a firm footing on the internet, allowing some to fetch valuations as if they were high-growth tech companies. The company had reported that Authentic Brands Group was seeking a valuation of about $10 billion in its public debut.

BlackRock will keep its position as Authentic Brands’ largest shareholder, which it has held since 2019, the company said. Existing investors, including U.S. mall owner Simon Property Group, General Atlantic, Leonard Green & Partners, Brookfield, and basketball star Shaquille O’Neal will hold on to their equity positions. When it filed to go public, Authentic Brands Group reported that its net income in 2020 jumped to $211 million from $72.5 million a year earlier, while its revenue rose about 2% to $489 million.