Crown Resorts backed a $6.3 billion buyout from private equity giant Blackstone on Monday, giving billionaire James Packer an exit route from the Australian casino firm beset by scandals and regulatory setbacks.Packer will cash in his chips a decade and a half after he created Crown to shift away from the Packer family’s media empire in a bid to reinvent the dynasty as a gambling business.

The A$13.10 cash offer values Crown below its share price in 2019, before COVID-19 restrictions and damaging regulatory inquiries in the three states it operates, but Chief Executive Steve McCann said it provides much-needed certainty for shareholders. 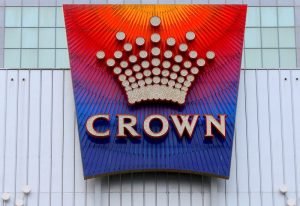 Blackstone, which already holds around 10% of Crown Resorts, will take over a company facing regulator scrutiny after official investigations found it had knowingly dealt with criminal organizations then misled the authorities about it.The gambling licence for Crown Resorts flagship A$2.2 billion casino skyscraper in Sydney remains suspended, more than a year after it was due to open. Crown’s main earner, its Melbourne casino, must operate with a government-appointed supervisor for two years.

Angus Gluskie, managing director of White Funds Management said that moving towards a new ownership structure is an important initial step in resolving the many regulatory concerns that have been highlighted. John Ayoub, a portfolio manager at Wilson Asset Management, which also holds Crown shares, supported the decision to back the deal – Blackstone’s fourth attempt.