A forecast by the Alixpartners consulting firm said that the Auto Industry might lose $210 billion in revenue this year due to supply chain disruptions. The shortage of semiconductors is just part of the bigger problem.

The consulting firm also predicted that price rise and tight supplies of materials like steel and plastic resin are increasing the price and forcing the Auto Industry to reduce the number of production. Analysts predict that automakers can lose nearly 7.7 million vehicles in 2021. 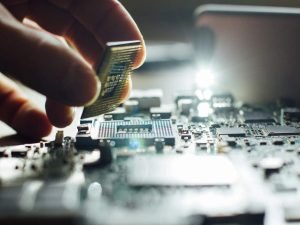 The consulting firm advises automakers on supply chain and other issues. The firm previously May predicted that automakers would lose $110 billion in revenue and fall 3.9 million vehicles short of production plans for the year.This new forecast comes even after the warnings from automakers and commercial truck manufacturers that semiconductor shortages and commodity price spikes are not easing as 2021 heads into its final months. Many industry executives hoped the problem would be sorted out by the end of the year.

Dan Hearsch, a managing director in Alixpartners auto practice said that when they looked into the U.S. market they noticed a drop in vehicles. They also found out that this decline in sales is due to the because inventories on dealer lots are around 20 days’ supply, less than half the normal levels.Hearsch also added that they assumed that they would get back to normal by the fourth quarter. Instead, automakers could have tight inventories until late 2022 or early 2023.