She said that that’s what we want the American public to be aware of. Speaking from the White House on Tuesday, deputy national security adviser for International Economics Daleep Singh expressed optimism that gasoline prices will decline over time. 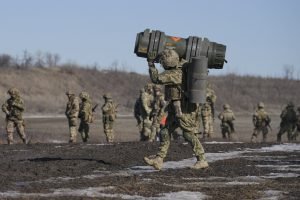 President Biden on Tuesday announced new sanctions against Russia, pointing to “the beginning of a Russian invasion of Ukraine. He authorized additional U.S. forces to the region but maintained that the United States has “no intention” of fighting Russia.

There are actions they can take with their strategic reserves, there are actions energy producers can take in terms of their spare capacity. I am not going to give you a timeline, but the collective power of those actions, and all the other tools and authorities at our disposal will be effective in bringing down the price of gas and the price of oil.