A spokesperson for the Allied Pilots Association, Captain Dennis Tajer, blamed management for the cancellations of American Airlines, he did not respond when asked about whether pilots and other employees were unhappy with the vaccine mandate and if that factored into the staff shortages. 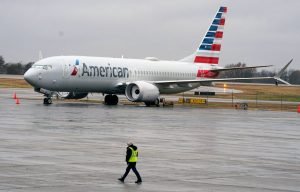 Tajer also added that as they look at management’s tracked reasons for cancellations, it confirms that there was a weather event but then, as has been during the summer, management failed to connect pilots and flight attendants to the aeroplanes many days after the storm passes.  Nature generates a storm and management’s failure to properly schedule creates storms days after.

Most of the cancelled flights were scheduled to depart to and from Dallas-Fort.  Nearly 107 flights flying out of DFW were cancelled as of Saturday night while 108 were delayed. The Dallas-Fort Worth metroplex on Wednesday and Thursday experienced severe wind gusts of up to 50mph with sustained winds between 20 and 25mph, causing power outages and flight delays.