American Airlines is betting on the possibility that Supersonic aircraft would one day take flight again, carrying passengers on some routes at speeds approximately twice as fast as those of today’s commercial aircraft. The size of that wager is not clear, though. American declined to disclose the financial details of the transaction, which was revealed on Tuesday.

American claimed it put down a deposit for up to 20 Supersonic jets with the option to buy up to 20 more. However, all hinges on Boom, the company tasked with producing the jets, delivering on its grandiose claims. Supersonic jets may not make a comeback, according to experts. Boom is working on a plane called the Overture that, according to the corporation, will be able to transport 65 to 80 people at almost double the speed of sound. But the jet’s development is still in its early phases. 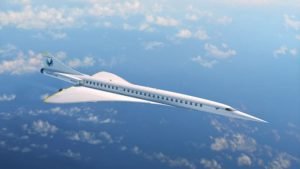 An “improved” version of the airplane, which Boom recently unveiled, has allegedly undergone some wind tunnel tests. However, a test flight has not yet been conducted, and the first production cars are not anticipated to leave the factory until 2025. The Overture is reminiscent of the Concorde, an incredibly fast and expensive airplane that carried passengers over the Atlantic for up to $10,000 each seat.

The US government has expressed interest in bringing back Supersonic aircraft. According to the FAA’s website, it is establishing new regulations for such aircraft, including the permitted noise levels over land. And to transfer this technology to the private sector, NASA has invested money in creating the X-59, a “silent” Supersonic plane. However, not even the prototype has flown yet; the first test is not anticipated until later this year.