Amazon usually organizes Prime Day during the summer. However, last year it was pushed to October because of the Covid-19 pandemic. Amazon said that last year’s Prime Day was its best on record to date.

Amazon Prime Day sales events will be held on June 21 and June 22 this year, as told by the company on Wednesday.Prime Day has been held since the year 2015. As told by the experts, it only makes up about 1% to 2% of annual sales. The vast majority of the company’s offerings are exclusive to the Prime members on Prime Day in the past. 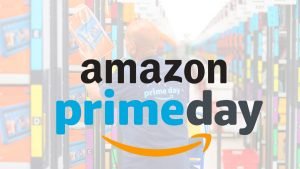 The $120 yearly subscription offers its customers music, movies, TV shows, and free shipping of orders. Amazon holds this event each year to build up loyalty with its Prime subscribers and catch new shoppers to this program. Amazon will be offering over two million deals on products to Prime members this year, which is more than it has offered in the previous years, Jamil Ghani, the Vice President of Amazon Prime, told during a press event on Tuesday.

The company is also using Prime Day to let the customers know how such a savings event benefits the independent merchants who sell products and goods through this website.Prime members will also get a $10 credit on Prime Day if they spend $10 at the selected small businesses from June 7 to June 20, as Amazon said. The company said that it was a part of a new investment of $100 million that the company was making to boost up the small businesses.

Published in Health and Technology