Alibaba launched a new server chip on Tuesday, as it looks to boost its cloud computing business and compete against U.S. rivals like Amazon. The processor is called Yitian 710 and will go into new servers called Panjiu. 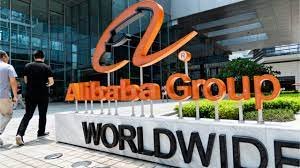 Alibaba will not be manufacturing the semiconductor but will be designing it instead. That’s a trend among Chinese companies. Huawei designed its own smartphone chips and Baidu raised money this year for a standalone semiconductor business. U.S cloud computing rivals including Google and Amazon have also done the same.

China’s E-commerce giant sees cloud computing as a key part of its future growth but it currently accounts for 8% of the company’s total revenue. The e-commerce giant’s cloud computing business saw slower growth in the June quarter after it lost a major customer that was using its cloud services overseas. The market analyst said that the Chinese E-commerce giant Alibaba is China’s largest cloud computing player but rivals are investing heavily to catch up. As U.S. sanctions continue to hit Huawei’s smartphone business, the company is also looking to boost its revenue from the cloud.