Affirm also gave strong guidance for the current quarter, estimating $320 million to $330 million in revenue, versus analyst expectations of $296 million. Affirm shares closed down more than 15% in regular trading Wednesday.

The company first announced the partnership in August, a move that sent Affirm shares soaring nearly 47%. Some of the company’s biggest competitors include Afterpay and Klarna. Apple is also reportedly working on an instalment plan product in partnership with Goldman Sachs. 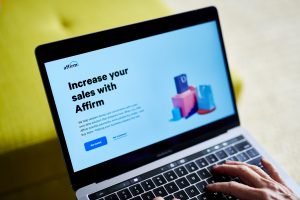 Affirm, the digital “buy now, pay later” shares soared as high as 30% in after-hours trading Wednesday, after the company said it would expand its partnership with Amazon. The company also beat analyst estimates on revenue in the fiscal first quarter.

As part of the new agreement with Amazon, Affirm will serve as the sole third-party buy now, pay later option for the e-commerce giant in the U.S. However, credit card companies will still be able to offer buy now, pay later options on Amazon in the future. Amazon will also integrate the platform into its digital wallet in the U.S. can be used for eligible purchases on Amazon of $50 or more.